Global shipping has always faced disruptions caused by unpredictable weather, accidents, and disasters, but what has been happening since 2020 is simply unprecedented. After the burst of the global sanitary outbreak, supply chains have been experiencing the biggest crisis since the start of container shipping over 65 years ago. “The health crisis has highlighted that ports are in desperate need of investment,” as explained by John Manners-Bell, chief executive at consultancy Transport Intelligence. “The entire port infrastructure system has been overwhelmed for the past year”. The situation was severely aggravated in recent months due to a major container shipping shortage, a series of natural disasters, the Ever Given blockage, and a new wave of confirmed virus cases. Several key ports are also congested due to a shortage of port workers, which is then contributing to prolonged delivery delays and shortages of key parts and products. Currently, about 353 container ships are stuck outside ports all around the globe, more than double the number from January, according to data released by logistics company Kuehne+Nagel.
In many cases, the congestion is so extensive that it can take up to two weeks before all cargo is unloaded and ships can finally make the return trip. The US is now facing one of the worst port logjams in the world. In the ports of Los Angeles and Long Beach, there are currently 22 ships waiting for a berth, and it could take up to 12 days before the ships can drop anchor and unload their containers to finally distribute the products and supplies to factories, warehouses, stores and homes across the country. The logjam has caused shortages of a wide range of goods, and pushed delivery dates back, raising prices and frustrating consumers at a time demand continues to boom. And now that restrictions are being put in place again, the shipping crisis is set to get a whole lot worse. Border restrictions were already reintroduced across several Asian key ports due to the latest virus outbreak and growing fears of the more contagious Delta variant.
Social distancing mandates and factory shutdowns are all wreaking havoc on strained supply chains and leading to even higher freight rates on the main shipping routes between China and the US. A couple of weeks ago, industry experts were warning that if such restrictions persisted for a long time, things would get extremely chaotic. Unfortunately, it seems that the worst-case scenario is effectively in play as Chinese authorities closed another major container terminal at the Port of Ningbo after a port worker tested positive for the new virus variant, raising fears among traders that critical supply chain disruptions, just as the ones that happened during the shutdown of the Yantian terminal earlier this summer, would be repeated.
According to FreightWaves, citing local media reports and logistics operators, all operations at the Ningbo Meidong Container Terminal, also known as the Meishan Terminal, were immediately suspended following the positive test results. Ningbo is the third-largest container port in the world, sitting just after Shanghai and Singapore. However, it is the busiest port in the world by volume. Over the first seven months of 2021, it handled more freight than any other port in China — roughly 18.7 million twenty-foot equivalent units, according to numbers divulged by the Ministry of Transportation last week.
If the outbreak spreads and more strict restrictions are put into effect, the impact could be greater than what happened during the Yantian shutdown, when 70% of output was halted for over a month, according to FreightWaves. It is against this backdrop that another worldwide supply-chain crisis is emerging, and unless the situation is rapidly put under control, it could spark a dramatic deterioration in global shipping logistics just as the historic logjam began showing early signs of improvements and was set to normalize by early 2022.
Meanwhile, prices are about to hit astronomical highs: The latest shutdown is raising fears that key ports around the world will soon face similar outbreaks and the same kind of restrictions that have been slowing the flows of everything from perishable food to electronics. With so many troubles rising on the horizon, the existence of millions of small companies worldwide is on the line as financial hardships are outstripping profits despite the growing demand. This amount of chaos is something never before seen in the entire history of global trade. While the government continues to overlook the issue, uncertainty about whether the increased freight rates are justifiable or not continues to mount. For consumers, this means that a new era of inflated prices and product shortages has just started.” 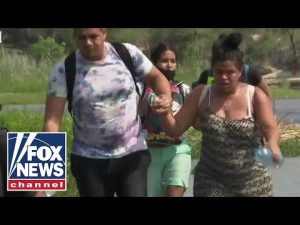 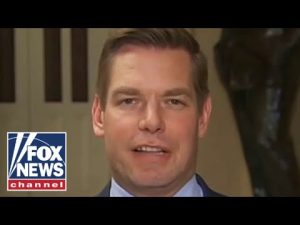