Think about something that now costs far more than it did a year ago and, at the same time, it gives you far less value for your money than it used to. In the current era of inflation, it isn’t hard to find something to fit that description. But of all the goods and services in the entire world, ocean container shipping is probably on the top of this list. While rates faced a meteoric rise, delivery reliability has cratered amid unprecedented port congestion. Right now, ocean cargo shippers are having to pay a lot more than they ever have before for the worst service they’ve ever experienced. In today’s inflation era, when higher prices account for lower service quality, the relentless rise in ocean shipping rates is making everything more expensive.
Recently, consultancy firm Drewry updated its forecast and now it predicts that global container rates will spike by 126% this year compared to 2020, including both spot and contract rates across all trade lanes. On the other hand, global carrier schedule reliability dropped to 33.6% in August, an all-time low. In August 2019, reliability used to be more than double that, according to Sea-Intelligence data. The firm calculated that the global delays for late vessels were 7.57 days, nearly double the number of days late in August 2019.
In a recent report, the supply chain visibility platform Project44 highlighted that pricing and quality are extremely disconnected at this point. By compiling data collected from several consultancy firms, the platform found that between August 2020 and August 2021, the monthly average of days delayed on voyages from Yantian, China, to Los Angeles skyrocketed 425%, from 2.46 days to 12.93, meaning that supply chain disruptions between China and the U.S. West Coast shot up by 425% in a 12-month period, and over that same period, the average short-term rates escalated by 102%.
That’s a phenomenon described by Neil Irwin in a recent article for The New York Times as “shadow inflation” — when you pay more for a product or service that’s not as good as it used to be, but since the price of everything is up, you don’t actually notice how much more you’re paying for that. Several retailers and manufacturers are already anticipating more shipping chaos ahead of the holiday season, and they have been panic buying to ensure inventory before consumers start to do the same and leave shelves bare in the busiest shopping season of the year. Industry insiders recently told CNBC that U.S. retailers have been overordering or placing orders too early due to the widespread panic surrounding the massive supply chain crisis, but that’s only making things much worse, and pushing shipping prices to new highs.
Retailers’ panic buying frenzy is resulting in a bigger crunch on capacity, and creating what a “bullwhip effect”. As a consequence, this effect could result in distorted demand forecasts and a backlog of unfulfilled orders. About a week ago, RBC Wealth Management also sounded the alarm on the same issue. “Because the problems are well known, orders for raw materials, component parts, and finished goods are now being placed earlier than normal, which is lengthening the queue, creating a vicious cycle,” the firm said in the note. All of this means that in the coming months, consumers will be facing extensive shortages at the stores, while millions of products pile up on cargo ships stuck outside our key ports. Consumer prices are also expected to surge due to high demand and low supply. For that reason, last week, shipping and transport firms urged California officials to declare a state of emergency to help ease congested ports in the area.
On Monday, the ports of Los Angeles and Long Beach hit a fresh record of 100 cargo ships stranded off the coast waiting to dock and unload, according to data from the Marine Exchange. Before the onset of the health crisis, the highest record in both ports had been 17 cargo ships waiting to anchor. As retailers and manufacturers desperately try to find available vessel space, spot prices might send overall shipping costs up to the tune of hundreds of thousands of dollars.
For over a year, the global shipping industry has been operating at full capacity and supply chain lines have been stretched to the max. Without any support to address worker shortages, bottlenecks, and delays, problems have only been aggravated and these issues are about to reach a critical mass. Even though U.S. consumers continue to order more goods, there’s simply no flexibility in the system to accommodate that demand, and now Americans are about to witness a supply chain collapse like no other while hyperinflation plagues our country.

Now Joy Behar Wants to Re-Do the Constitution Because TWITTER!

Gov. Greg Abbott: Texas will be ‘the home for semiconductor manufacturing’ 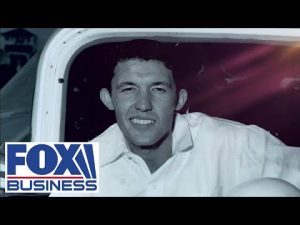 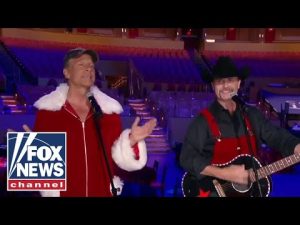 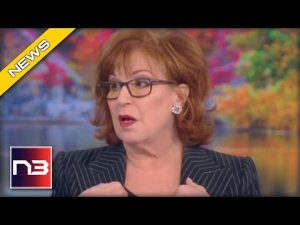 Now Joy Behar Wants to Re-Do the Constitution Because TWITTER!