RT America’s Faran Fronczak laments the death of local news organizations and explains how personal experience has taught her why the local press is so vitally important. She asks whether it’s salvageable in today’s media landscape. While President Biden has an unprecedented plan to bolster local media with tax credits, to what extent will this give the Washington a dangerous degree of editorial control over these organizations? (00:11) Will it serve to muzzle criticism of the Biden administration? CUNY Media Professor Nicholas Boston, PhD. weighs in on how journalism and the teaching thereof. He points out that a confluence of factors has led to a heightened interest in journalism. (06:04)

Then RT America’s John Huddy reports on the latest from the trial of disgraced socialite and alleged human trafficker Ghislaine Maxwell. She has plead not guilty, and her lawyers maintain that she is being scapegoated. Then Lionel of Lionel Media shares his expertise. He argues that the salacious photographs that have caused such a stir on trial are “irrelevant” to the charges against Maxwell and that its moral quality notwithstanding, she is not on trial for “living a sordid lifestyle.” He goes on to deliver a scathing indictment of a “moronic civilization” that cares more about risque photographs then the substance of what he deems the trial of the century. (10:19)

Plus, Catholic author and broadcaster Timothy Gordon joins to discuss what he sees as a sustained attack on Christendom by hostile and globalist forces of secularism. He places the development in the context of what he sees as Pope Francis’ mixed record as head of institutional Catholicism. But first RT America’s Alex Mihailovich reports on Pope Francis’ blasting European Commission for trying to ‘cancel Christmas’. (17:57)

NATO threatens to go to space; Russian-US ministers to meet

‘The Five’ rip liberal polices leading to death and destruction

FAUCI BUSTED! What He Was Heard Saying in Davos With China’s Xi Jinping Will Make Your Blood BOIL!

CAUGHT ON CAMERA! Pelosi’s Pick Goes Viral After What She Did In Parking Lot – SHAMEFUL!

NATO threatens to go to space; Russian-US ministers to meet 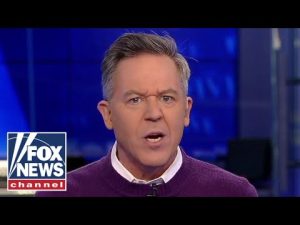 ‘The Five’ rip liberal polices leading to death and destruction 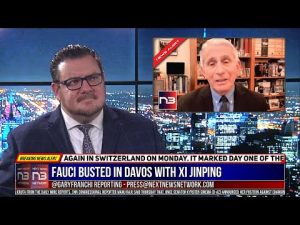 FAUCI BUSTED! What He Was Heard Saying in Davos With China’s Xi Jinping Will Make Your Blood BOIL!