We haven’t seen a prolonged inflationary period like this since the Jimmy Carter era of the 1970s, but our politicians and policymakers seem to believe that creating more inflation is the best way to take us out of the recession, without any consideration for the long-term consequences. They keep insisting that this inflation spike is going to be “transitory”, and they deny that the economic crisis they’re creating while trying to generate a non-stimulus-induced rebound in economic growth is real. They try to minimize the severity of these issues so that they can keep on creating, borrowing, and spending even more money. The inflation crisis is reaching totally insane levels, but unfortunately, most Americans don’t seem to be aware of it or to care that this is even happening. Every day it goes by, this country gets closer to turning into the hyperinflationary Weimar republic, and those who are driving us there have become completely crazy.
It’s safe to say that most people that lived through the 70s would never imagine they would see the same crazy level of inflation ever again, but it is now here and it’s already visible. Particularly, in the price of food, gasoline, and vehicles. This month, new vehicle prices jumped 6.4 percent on the year, the largest 12-month increase since the period ending January 1982. Meanwhile, used car prices and gasoline soared by a staggering 42 percent from a year ago. Food staples and many other everyday items faced massive price hikes in the past year. Bacon was up 11 percent and whole milk and beef roast were both 8 percent higher on the year. Travel expenses skyrocketed from last summer’s depressed base level, with hotels up 24 percent and airfare up 19 percent. Rising inflation is putting the economic rebound in jeopardy as it cancels much of the benefit of workers’ higher pay due to the soaring prices. As a result, this is significantly impacting our standard of living, because although wages are rising, they aren’t rising nearly as fast as the cost of living is.
Recently, a number of corporate executives have started to announce even more price hikes in the months ahead. For instance, the popular burger chain Shake Shack announced it will be implementing another round of price increases in 2021 to fight inflation. Last week, during a conference call, Shake Shack’s chief financial officer Katherine Fogerty said customers will be paying 3 to 3.5 percent more for their food for the rest of the year. Many other companies are also raising prices to offset higher inflation and increased costs of products, parts, and labor.
None of this is going to end well. But despite all the warnings and evidence, our leaders’ response to this crisis is still creating, borrowing, and spending even more money. In fact, a new fiscal package has just been passed and, as soon as it was approved on the Senate, the new administration immediately began working on a new spending package twice as big. On Tuesday, the Senate passed a $1.2 trillion infrastructure package, and then, the upper chamber started to work on a second $3.5 trillion package of further government spending. By Wednesday morning, the Senate had already passed the framework of the $3.5 trillion bill, but some furious representatives alerted for the dangers of further spending.
Out-of-control inflation is extremely dangerous especially because it erodes people’s purchasing power and it severely affects low-income families and elderly pensioners. Once that purchasing power is gone, there’s no turning back. We will never return to “normal” levels. If they were so worried about helping our society as they claim to be, their decisions would be a whole lot different. At this point, it’s getting harder not to feel hopeless. Even the motto “hope for the best and prepare for the worst” doesn’t quite fit in this situation, because it feels like hoping for the best is just pointless. We already know how this story goes. We know what they are up to, and what they are going to do and how our lives will be affected by this. We can only recommend you to prepare for the worst and do not let your guard down, because darker times are approaching us. With Congress passing another wild spending package after the many other spending packages that were already passed, things will eventually get really, really bad. The Fed continues to pump billions upon billions of fresh dollars into the financial system even though everyone who saw the previous financial bubbles bursting is now warning about an imminent epic crash. This is being called the greatest bubble in the history of the world. But as our problems keeping being swept under the rug, all we can do is watch how long it can last before it finally implodes.”

Al Gore on COP26: ‘The Queen is right to be irritated’ 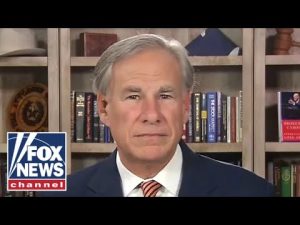 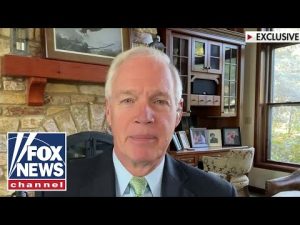 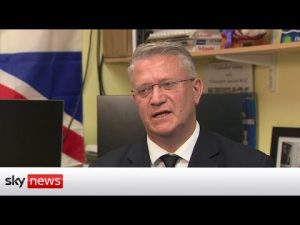