Dave Rubin: Disney cannot get out of the ‘woke’ swamp


‘The Rubin Report’ host Dave Rubin joined ‘America’s Newsroom’ to discuss some California companies weighing a four-day workweek and Disney’s new ‘woke’ agenda. #FoxNews
…
DAVE RUBIN: What’s very sad about this Disney situation is they stepped into the woke swamp, and they cannot get themselves out. This bill, which is not don’t say gay, there’s no phrase in the bill even with the word gay, you could have just as easily called it don’t say straight. This is a bill about transparency and that you don’t want state employees talking to six-year-olds about sex, which we all know that’s the right thing… This is an imaginary controversy, but Bob Chapek, who is the CEO of Disney, he has a woke corporation. He has woke activists working for him, and Bill, I’m guessing you and Dana saw it. There was a video where he has all of his activist employees, and he’s pledging he’ll be a better ally, and he wishes he could be better, and he’ll do more for them. And congratulations, Bob Chapek, you run one of the biggest corporations in the world, one of the most culturally relevant corporations, at least. So you’ve been culturally relevant. We’ll see, and now you are a hostage, you are a CEO hostage to your activist employees. This is not going to end well for Disney, and I think we just need to build new things.
…
Subscribe to Fox News! https://bit.ly/2vaBUvAS
Watch more Fox News Video: http://video.foxnews.com
Watch Fox News Channel Live: http://www.foxnewsgo.com/

This is appalling: GOP senator

Giuliani: Look what this con-man did to my city

Gutfeld: This is why I’m a pissed off American

Greg Kelly: Who does she think she is?

Ingraham: The Left is embarrassed by our people and our history 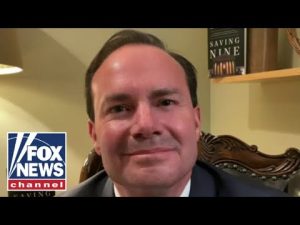 This is appalling: GOP senator 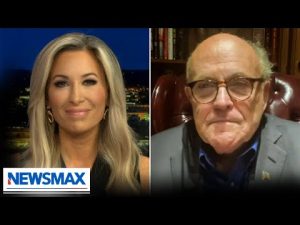 Giuliani: Look what this con-man did to my city 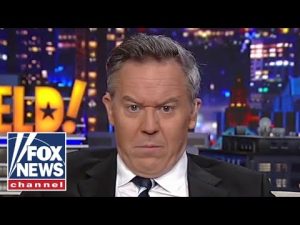 Gutfeld: This is why I’m a pissed off American