Any Hope For A V-Shaped Recovery Has Been Completely Crushed! Get Prepared For Economic Collapse

Economists, investors, and politicians have been telling us for weeks now that a recovery would be on its way as soon as lockdowns lifted and economic activity could resume. Instead, the negative indicators keep cropping up, pointing more towards a deep economic depression than any sort of accelerated return to normal.

In this video, we are going to lay out the data that points toward further economic collapse rather than recovery, and tell you how all those optimists are being proven wrong.

In the thick of the crisis, many experts insisted that the United States would see a “short, sharp recession” that would soon be followed by a quick return to pre-pandemic levels of economic activity. This so-called “V-shaped recovery,” which would place the recovery from the current downturn as soon as the third and fourth quarters of this year, is nowhere to be found.
The term “economic depression” is heard more and more in mainstream media outlets these days, and the waves of concerning numbers being released almost daily certainly backs up its use. For one, the Atlanta Fed’s GDPNow model predicts that the United States’ GDP will drop by 46.6 percent during the second quarter of this year when compared against 2019’s numbers.

The total number of claims for the last 14 weeks amounts to 47.25 million, a figure that eclipses anything seen in America’s past. On the bright side, the weekly numbers are at least decreasing after the highs recorded in March and April, which signals a slow turnaround.
The job losses won’t just affect the private sector. With tax revenues in the form of sales taxes, real-estate-transfer taxes, income taxes, fines and fees all falling precipitously, those that work in state and local government are also at risk of a high volume of layoffs. Government jobs typically come with above average pay and good benefits, so it is a particular blow to lose one of these positions. The pandemic has left local governments with a budget gap expected to reach around $1 trillion next year. Without help from the federal government, the response will entail enormous service cuts and an estimated 5.3 million job losses.
That is absolutely devastating. Even with the unbelievable amount of jobs that have already been lost, the number of jobs anticipated to still fall by the wayside is over 5 million.
With so many Americans losing their jobs and their source of income, one increasingly common option is for them to move back home.
According to the most recent American Community Survey from the US Census Bureau, 32 million American adults reported living with their parents or grandparents in April, an increase of 9.7 percent when compared to last year’s data. With colleges across the country shutting down in March and April, an estimated 2.7 million adults moved back in with their families. 2.2 million of them were aged 18 to 25. Young people are more likely to go out and socialize as lockdowns lift, and now that so many are living with older relatives, this significantly raises the risk for vulnerable populations to be exposed and fall ill.
This has shown to be true in California, where the recent spike in positive cases was marked by an accompanying uptick particularly in young people.
The rhetoric that insisted a return to normalcy would quickly follow lifted lockdowns and reopenings across the country is being proven as false. Clearly, the economic pain for countless Americans is only beginning to unfold.

The economic collapse ahead will make the Great Recession of 2007-2009 look like nothing. For the many Americans that are still holding out for a recovery, the time has come to face the facts.

There has been an ongoing debate surrounding the effectiveness of lockdowns, and many questions raised about the value of lives saved versus the economic damage of closing down businesses and forcing workers to stay home. The data shows that for every pandemic-associated death in the US, 387 jobs were lost. The question we should all be asking now is…was it worth it?

Other questions remain as well. For one, what will happen when the CARES Act expires and out-of-work Americans are no longer receiving an extra $600 a month in unemployment benefits? Will there even be jobs available for those that are looking?

COPYRIGHT DISCLAIMER:
Under section 107 of the Copyright Act of 1976, allowance is made for “fair use” for purposes such as criticism, comment, news reporting, teaching, scholarship, education and research.”

Biden HHS Nominee Makes it CRYSTAL Clear he is Pro-Abortion

AOC flips out with the NYPD rolls out new technology 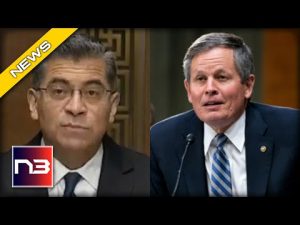 Biden HHS Nominee Makes it CRYSTAL Clear he is Pro-Abortion 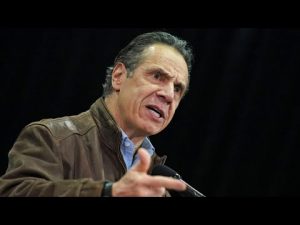 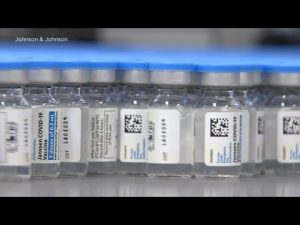